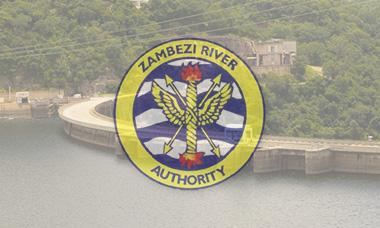 The Zambezi River Authority (the Authority), a Bi-National organisation equally owned by the two Governments of the Republics of Zambia and Zimbabwe, is currently finalising preparatory activities for the implementation of the 2400MW Batoka Gorge Hydro-Electric Scheme (BGHES) whose dam site is located 47km downstream of the Victoria Falls.

As part of efforts to ensure the sustainable implementation of this multi-billion-dollar hydro power project, a broad range of specialist studies have been undertaken including the updating of the 1993 Engineering Feasibility Studies (EFS), which have since been completed, and the preparation of the Environmental and Social Impact Assessment (ESIA) Report and the associated Environmental and Social Management Plans (ESMP). A draft ESIA report has since been developed and is currently undergoing disclosure to interested and affected stakeholders as well as the general public for them to provide comments and concerns regarding the planned development of the scheme. The disclosure process is a Statutory requirement in the two Countries, administered by their respective environmental regulatory agencies, namely, the Zambia Environmental Management Agency (ZEMA) and the Environmental Management Agency (EMA) of Zimbabwe. The Disclosure process is also a critical condition precedent for accessing financing for Project implementation.

The first phase of the disclosure exercise for the draft ESIA report was concluded early December 2020. In line with the COVID-19 pandemic health guidelines instituted by the Health Authorities in the two countries, a larger part of the public disclosure was carried out using virtual meetings which were complimented by a limited level of physical meetings. In this regard, Webinars/virtual engagements and radio broadcasts with a wide range of interested and affected groups were carried out early December 2020.

The disclosure team in this important exercise comprised officials from the Authority, ZESA Holdings Limited of Zimbabwe, ZESCO Limited of Zambia and the ESIA studies consultant, Environmental Resources Management (ERM). The officials presented the findings of the ESIA studies to among others, traditional leaders and project host communities. As detailed in the draft ESIA report, the presentations highlighted the identified potential impacts as well as the associated mitigation measures for negative impacts and enhancement measures for positive impacts.

Among the mitigation measures highlighted during the disclosure meetings include the decision to limit the dam height to 175m instead of building the dam to the top of the gorge, so as to prevent the water backflow from reaching and impacting areas of special interest such as the Victoria Falls, the existing ZESCO Limited Power Station, the Victoria Falls and Mosi-o-Tunya National Parks.  The other measures highlighted included the adopted reservoir operation rules that were developed with a view to ensure the balancing of power generation whilst allowing for the continuation of other river-based activities and environmental flows (e-flows). This includes activities such as White-Water Rafting and e-flows that would support the continued existence of downstream ecosystems.

In that regard, comments and questions raised during the engagements were documented and will be used in the updating of the draft ESIA report and the associated Environmental and Social Management Plans (ESMP). The ESIA report disclosure and stakeholder engagement process will continue up to the closing date of 25th January 2021 for receiving of concerns and comments regarding the planned implementation of the project.

Through the ESIA studies and the concluded disclosure process, the Authority’s objective is to further refine the measures detailed in the ESMP’s aimed at mitigating the identified potential negative impacts as well as the enhancement measures for the identified positive impacts. The Authority will also take advantage of the outputs of the Hydropower Sustainability Assessment Protocol (HSAP) assessment that it carried with support from the World Bank during the planning phase of the project and work with renowned international experts in developing and implementing additional programs aimed at enhancing all the sustainability factors and aspects of the project.

Overall, the stakeholders engaged during the disclosure process expressed optimism that the 2400MW BGHES will bring about social and economic benefits for the peoples of the two Republics, especially the host communities. The 4,000 direct plus 6,000 indirect jobs to be created during the construction of the Batoka Gorge Hydro-Electric Scheme project infrastructure has been welcomed by stakeholders who are eagerly awaiting its commencement during the fourth quarter of 2021. The host communities will be given priority for them to fully take advantage of the construction and tourism sector work and business opportunities the project will present including under the associated supply chains and service industries. In the meanwhile, the project will also improve access to electricity amongst the host communities and add to the electricity generation capacity of the two Countries for driving their respective socio-economic development programs. Further, the lives of numerous communities, especially those to be directly impacted by the project both in Zambia and Zimbabwe will be enhanced through sustainable Corporate Social Responsibility programmes to be implemented as part of the project scope.

It is also noteworthy that the Authority, working with local Authorities and host communities in both Zambia and Zimbabwe is currently rolling out a similar programme for the communities affected by the development of the Kariba Dam project called the Zambezi Valley Development Fund (ZVDF). This programme, whose objective is to transform the lives of the host communities has been supporting the implementation of community infrastructure projects such as building of schools, health facilities, drilling boreholes and supporting agricultural initiatives. As a responsible corporate citizen, the Authority will continue supporting such programmes in its areas of operation aimed at enhancing access to health, education services and water supply in addition to improved livelihoods.

The Authority is pleased to note that some stakeholders have also started positioning themselves to take advantage of the planned construction of the Batoka Gorge Hydro-Electric Scheme. The Hwange Rural District Council in Zimbabwe is making plans to develop a multi-million-dollar Iconic City near the project site so as to take advantage of the economic benefits which will arise from the implementation of the BGHES. A similar project is expected to be unveiled by the Mukuni Development Trust in Livingstone, Zambia. Such undertakings will bring about numerous indirect jobs to benefit thousands of Zambians and Zimbabweans.

The Authority therefore foresees major economic benefits which will positively impact the two countries and generate revenue of over USD$750 million annually which will enhance the GDP of the two Contracting States.